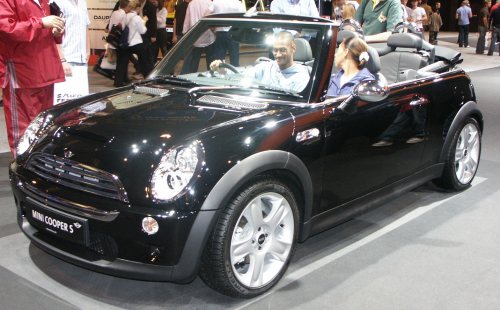 I recently bought a mini cooper, because it’s such a great car. (yes, it’s the cooper-S convertible, model 2005, so the only thing it needs is the “cooper works” upgrade)

But even nowadays, a simple aux-input on the radio is not a standard option. And who listens to music without an mp3 player/ipod?

I have bought an Archos mp3 player with 20Gb disk a couple of years ago, and although it’s large and old, and it has a slow USB 1.0 port, it still functions as my music take-away. But without an input on the car radio, it’s useless.

But no worries, a bit of googling suggested a solution.

unfortunately, this did not work for me, as other people in the article suggest, it works only for *some* radio models.

So I started some experiments. First, get the radio out. The plastic cover under the steering wheel is locked by some “clicking” pins, so a hard pull will tear it down. This makes room to unscrew both torx screws on the left and right side of the radio compartment.

My radio turns out to be BMW radio, probably from Alpine. 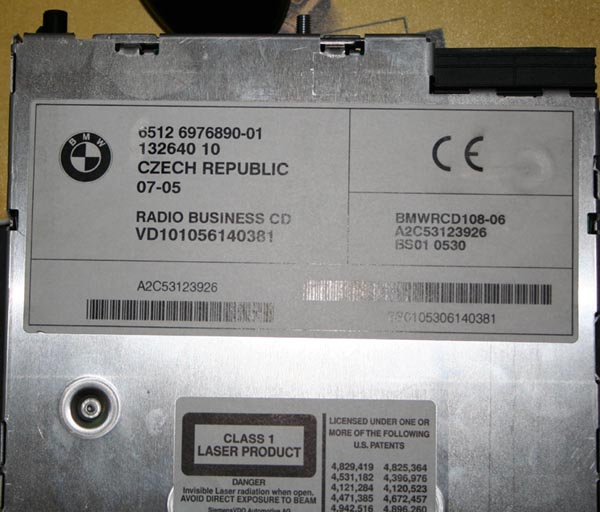 The back reveals a few connectors: 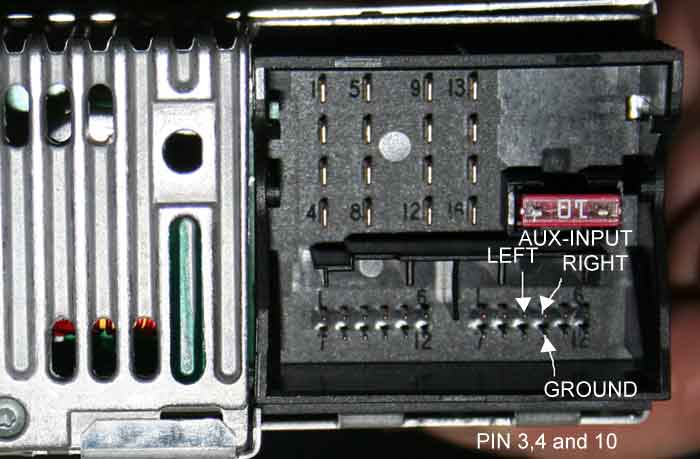 The pin layout is described in this picture, that can be googled for:

So connecting the audio output to pin 3,4 and pin 10 was the first tryout. Cutting an old PC-USB port connecter in pieces was sufficient to get everything connected: (green=pin3 pink=pin4 white=pin10)

But no success. The problem is that the radio does not “recognise” the aux input, and the MODE key doesn’t include AUX in its options. So what is the trick?

I noticed that turning the volume up and clicking on the mode key very rapidly sometimes DID give the AUX menu for a second or so. So I guessed it should be some kind of impedance/resistor pull up or pull down. So after some experiments I came up with this little thingy: 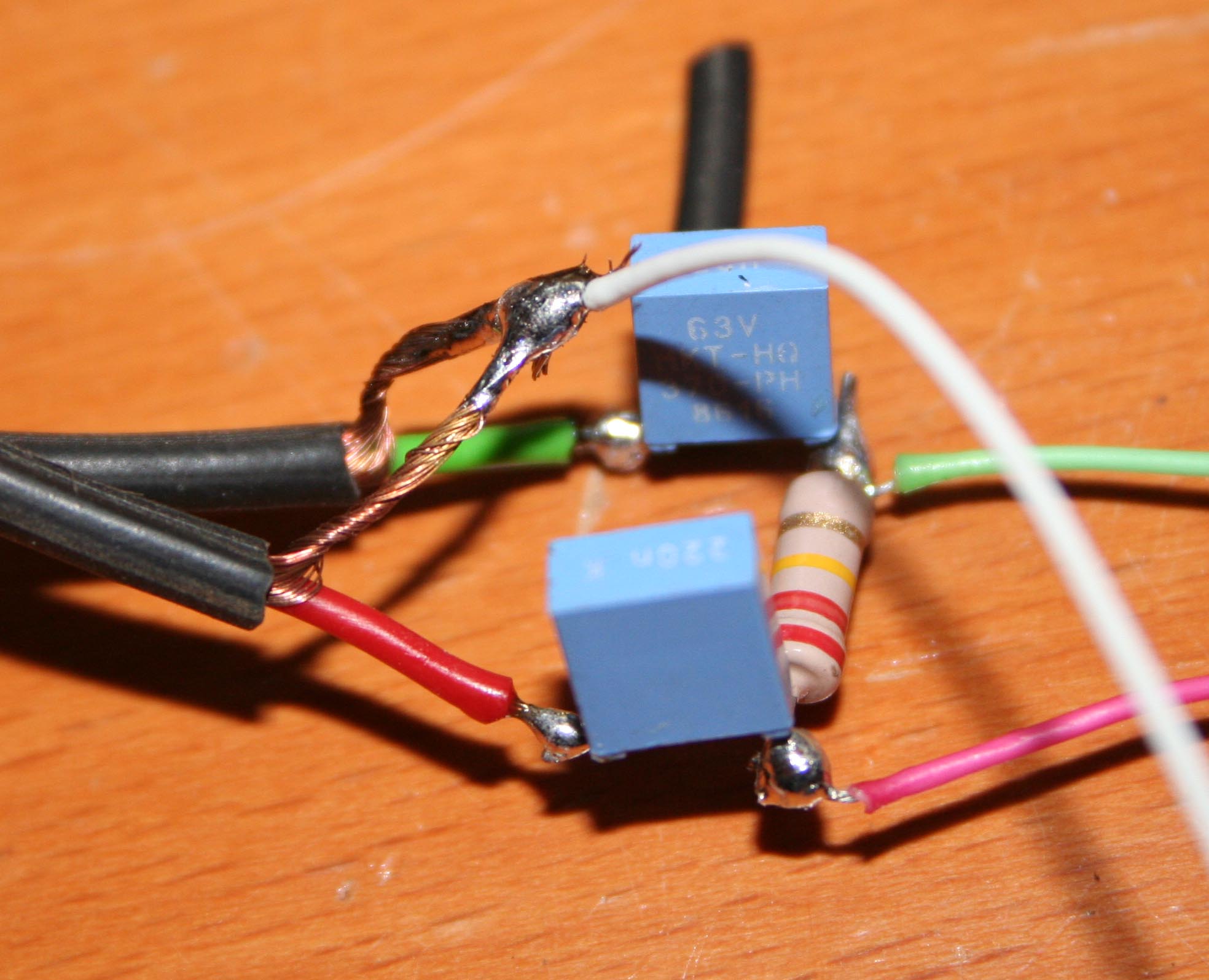 Basically, it connects the left and right channel with a resistor. To uncouple the audio lines, a small capacitor is used (220n). This seemed to work at first, but some music passages made the AUX menu go away. So I made the resistor smaller and smaller. I also tried to connect it to pin 9 and/or pin 10 as well: 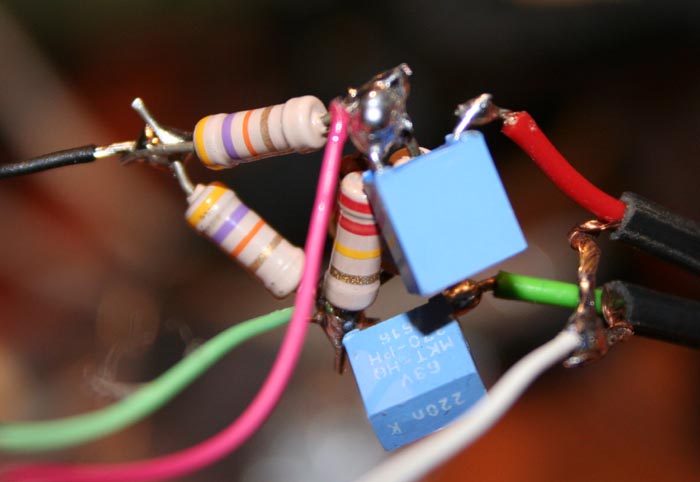 Finally, the best solution for me was this schematic:

Note: Because the output impedance of the MP3 player is low (speaker output, typically 1-50 ohms) the 1k2 resistor does not have a large impact on stereo separation.